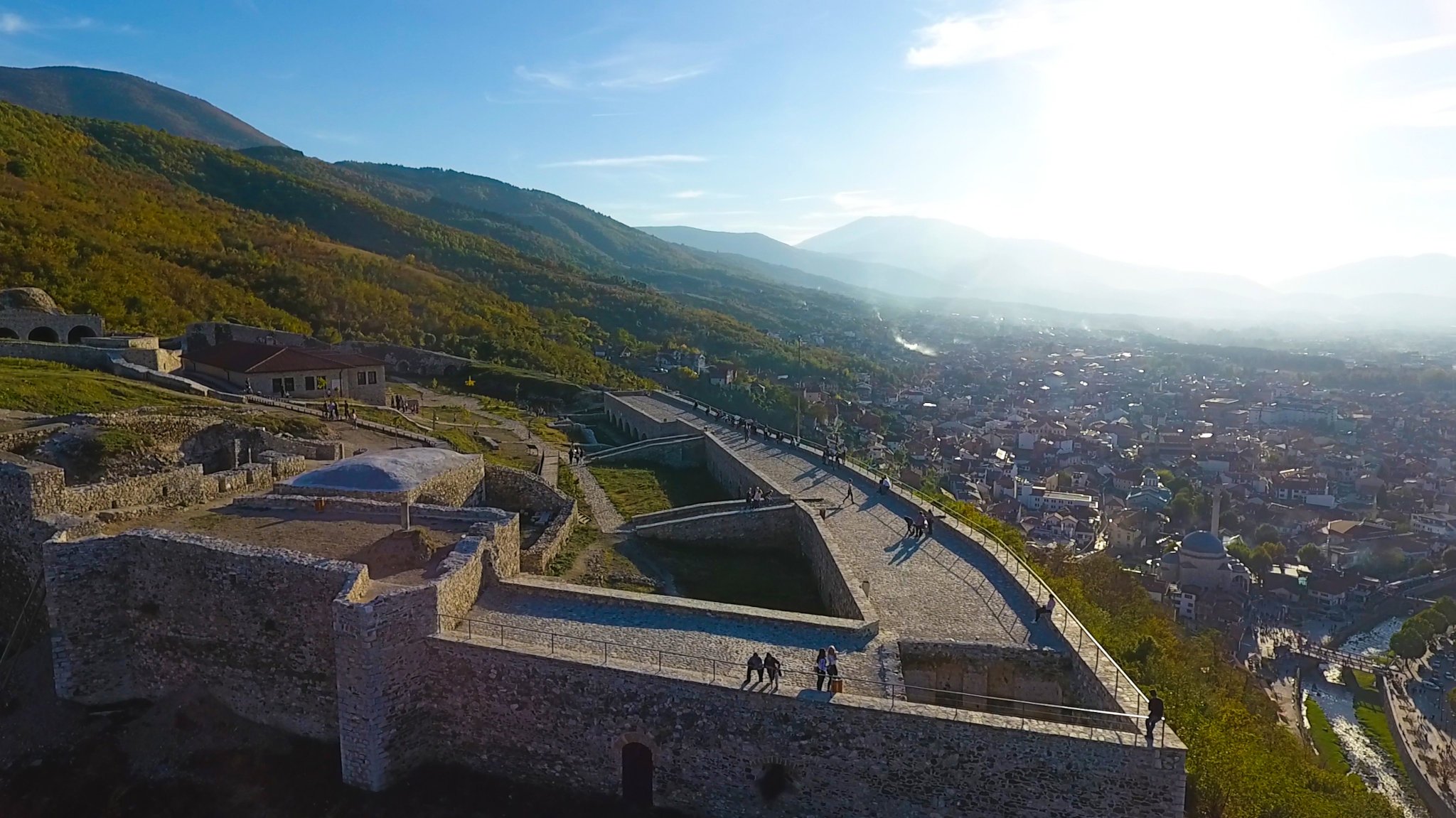 The Republic of Kosovo lies at the centre of the Balkans and is a developing country experiencing solid economic growth over the last decade.

The borders of Kosovo are largely mountainous, characterized by sharp peaks and narrow valleys. More than 50% of Kosovo’s territory is covered by forests and mountains, thus offering amazing hiking trails and beautiful rivers to enjoy. Besides the beautiful mountains and ancient ruins, Kosovo is known for its people’s hospitality. The capital city of Kosovo is Prishtina, which is known for the nightlife, its cafe culture, festivals and cultural events, with the buzz that comes from Europe’s youngest population.

Set in the foothills of the Sharr Mountains, Prizren was once a capital city, being a large cultural and trading center. The town has always been one of Kosovo’s most beautiful cities, with unique roads, churches, mosques, and lots of old houses, which now serve for visual storytelling on city’s history and tradition.

The city has carefully maintained its influence from the Ottoman Empire while also adopting architecture from the west, so it gives the sensation of a mixed culture.  Prizren is home to one of the best international documentary film festivals, Dokufest, which takes place in early August.

In Prizren, Summer is warm and mostly clear and the Winter is very cold, snowy, and partly cloudy. The average high temperature during July in Prizren is 35°C/95°F.

If some of you would like to do some tourism before or following the conference, we highly recommend it as the region is the most affordable part of Europe with amazing beaches and mountains. Here is some advice, and we will be happy to help you out with other questions you may have.

The Balkan countries, also known as the Balkan Peninsula, occupy a rather large part of Southeastern Europe. This area is considered an undiscovered part of Europe as it is much less visited than other parts of Europe.

Kosovo is surrounded by steep mountains and is easily accessible in many ways while being one of the most affordable European holiday locations. Hiking routes like the Via Dinarica and Peaks of the Balkans bring a lot of visitors to Kosovo who spend their time exploring these previously untapped possibilities.

More than 50% of Kosovo’s territory is covered by forests and mountains, thus offering amazing hiking trails. Since Kosovo is quite a small country, one might easily have access to these spots. Visitors can enjoy hiking in Kosovo over the jagged Sharri, Pashtrik, and the Accursed Mountains, ski pristine and less-trodden slopes in Brezovica, appreciate the well-preserved Ottoman architecture of Prizren, sample raki or homemade wine around Rahovec, visit a traditional stone kulla in Junik or Drenoc, dive into the coffee-drinking culture in one of Prishtina’s many wonderful cafés, or explore both Islam and Orthodox Christianity at beautiful monasteries and mosques (sometimes found side by side) around Kosovo. July and August is when the Kosovo diaspora arrives so the roads and tourist spots might get more crowded during and following the conference.

In addition to the beauties of Kosovo, DebConf participants can spend time in Albania and North Macedonia which are bus rides away (their capitals Tirana and Skopje are 3 hrs and 2 hrs away from Prizren respectively). Immediately across the border from Prizren, one of Albania’s best, Valbona National Park is available. From there, you may choose to take the ferry on the Drini river canyon or hike to Theth which is another Albanian treasure. From the Koman ferry landing or Theth, you can reach the city of Shkodra on the Shkodra Lake and the beaches of Northern Albania and southern Montenegro on the Adriatic coastline.

Albania is known for its Riviera which attracts hundreds of thousands of tourists every summer, though still with many undeveloped beaches, especially on the Southern Coast on the Ionian Sea. This is a place for tourists to immerse in turquoise waters, hike in Llogara National Park, and camp alongside the beach in the dozen campsites in Dhërmi and Jal. Further to the southeast and inland, you can also take some time to visit the well-known cities of Gjirokastër, the City of Stone, and the City of Serenades, Korça. Additionally, you can also visit the city of Berat, the city of Ohrid in North Macedonia, as well as Dubrovnik in Croatia, which are protected by UNESCO.

As a place full of lively cafés and wide-ranging restaurants, a thriving outdoor adventure scene, the warmest locals you can imagine, and some of the cheapest prices across a vast region, Kosovo and its neighboring countries deserve the attention not only of the intrepid but of anyone looking to avoid the regular tourist traps.